Disk image is a digital container that can hold hundreds, even millions of files and folders in a single file. This is extremely useful for complex software distribution, such as operating systems. Usually, disk image file ends with .img, .iso or .zip extension. Here is an example of FreeBSD operating system download option:

Unfortunately, Mac can’t open .img file by default as the internal OS does not support .img disk image. You will receive such an error when you are trying to read a .img file on Mac.

The disk you attached was not readable by this computer.

How to Open .img File on Mac

IMG files are often used to store backups of optical discs, or to distribute software programs that can be run from a CD or DVD without having to burn a disc.

On the other hand, .img file is not as common as .iso files, and they are not as widely supported as ISO files. This means that not all programs will be able to open or use them. Another disadvantage is that img files can be larger than ISO files. This is because img files contain a copy of the entire contents of a disk, while ISO files only contain the data that is needed to recreate the contents of a disk.

To open .img File on Mac, simply double click the file name and macOS will verify and mount the disk automatically. You can see the name in the Finder’s left sidebar.

However, if your Mac says the disk is not readable by this computer, this means the file system in the .img file is not supported by Mac. You have to use third-party app to open this type of .img file. Another workaround is to burn .img to USB with Etcher. After that, you can see the content in that img file. 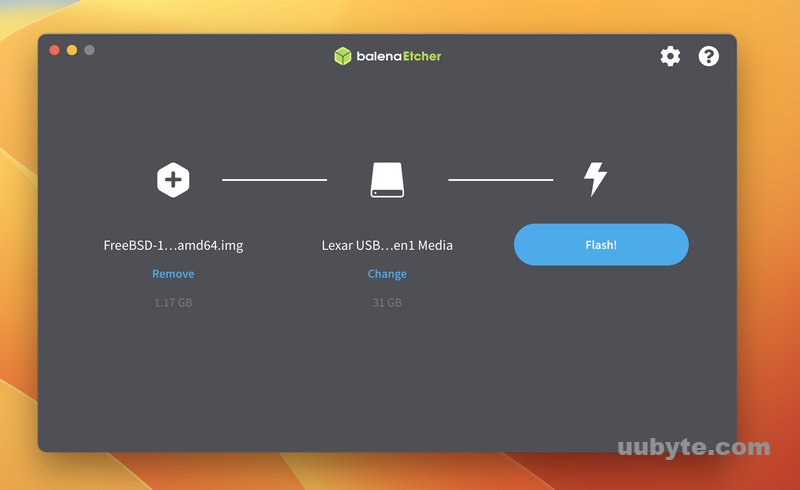 How to Open .img.gz File on Mac

A .img.gz file is a compressed image file. It is typically used to compress disk images, such as ISO files. The file format is based on the gzip compression algorithm.

.img.gz files are often used to save space when storing disk images. The gzip compression algorithm is very effective at compressing data, so a .img.gz file can be much smaller than the original disk image. This can be useful when transferring disk images over the internet or storing them on storage devices with limited capacity.

To open .img.gz file on Mac, you need to double click the file to decompress the image file with the built-in Archive Utility, this will take several minutes.

After that, double click the .img file to mount the file on Mac.

Finally, you are able to read and write all contents in .img file.

How to Open .img.xz File on Mac

An img.xz file is a compressed image file that contains all of the data from a disc or other storage device. This type of file is typically used to save space when storing large images, or to transfer images over the internet. When the img.xz file is decompressed, it will typically be converted into an .img file, which can be used to burn a new disc or mount the image as a virtual drive.

To open .img.xz file on Mac, the steps are almost the same as opening .img.gz file. The first step is to decompress .img.xz file with Archive Utility.

Then double click the .img file to let it be mounted on Mac as a virtual volume.

Since then, you can see all the files and the folders contained in the .img file.

In fact, opening .img file on Mac is not hard as you may think. Some of the IMG file can be opened by Mac automatically with the DiskImageMounter app. However, there are certain types of .img file who are unable to be read by Mac. You need to install additional software to open the img file.